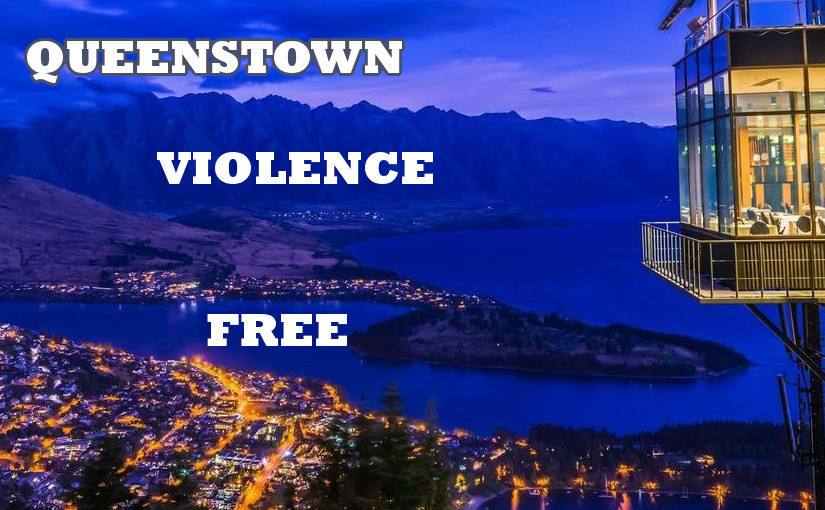 Firstly, to our Campaign Members we all say “Thank you all”, so much, for joining the campaign in reducing the Crime Rate in our Lovely little Town. Together we can make this Town a safer place for everyone and that is the point of the QVFB Campaign.

Now, what is the QVFB Campaign and why is it a Community First Pilot?

Our Main Objective of the Campaign is to create a much Safer Nightlife in Queenstown than what is here at Present. We aim to reduce the Shocking Crimes by Night of Queenstown’s Nightlife by 50% in 18 Months.

Under ‘Predator Free’ we use it for both ‘Sexual’ Predators and ‘Violent’ Predators.

This SAFER WORLD PROJECT has been designed and constructed by thousands of Senior Security Personnel from over 70 Countries around the World.

These Senior Security Personnel are made up of people who are not from any Government agency, they are not Councillors or the Police, they are not paid by the Government or represent any bodies of such. Who they are, are members of the community. Because they have particular sets of skills and knowledge relating to Security and/or Education, these can be impressive against Alcohol Fueled Violence which affects the ‘Nighttime’ Community.

A Major factor with all of these people who have worked and are working upon making Queenstown a Safer place at Night, is that each and every one of these members of the community have strong intrinsic value systems and one of these values is the want to protect people from the community. This value is so strong that they would place themselves in grave danger to enforce that value and protect a member of their community.

These members of the Community also have ‘Bouncing’ as a secondary occupation.

These members bring the skills and knowledge from their main occupations to assist in undertaking and completing Projects and Assignments related to The SAFER WORLD PROJECTS, and their experience in the nighttime industry to provide genuine, real life, solutions.

Each of these Senior Security Personnel, are members of the global organization called, ‘The Bouncers Around the World’.

Selecting the ‘BEST OF THE BEST’ from Around the World to Operate and Manage the QVFB Campaign.

The Queenstown Violence Free Bars Campaign has been designed under a Multiple Project management System. Each Different Element and Variable of what makes up the System of Protection had been broken down into Micro projects, and each Micro Project has been worked upon by small teams of Senior Members of the Organization, B.R.A.W.L.

A collaboration of Senior Members from all fields of the hospitality industry here in Queenstown.

They have come together with Senior Security Personnel from 6 Countries: England, United States, Canada, South Africa, Germany and of course, New Zealand.

These Senior Security Personnel are referred to as ‘Chief Administrators’ and ‘Bouncers’ operate and manage the Administration side of the Campaign.

How does it work?

The System itself is pretty simple, but it must be always kept at a level of efficiency so as to perform its core function, and that is making sure that Violent and Sexual Predators do not get the chance to hurt people.

So, how do we prevent predators from getting to their victims?

Before, if an offender at a Night club or Bar assaulted a patron, these Offenders may or may not have been arrested, and more than likely were told not to come back to that particular bar. 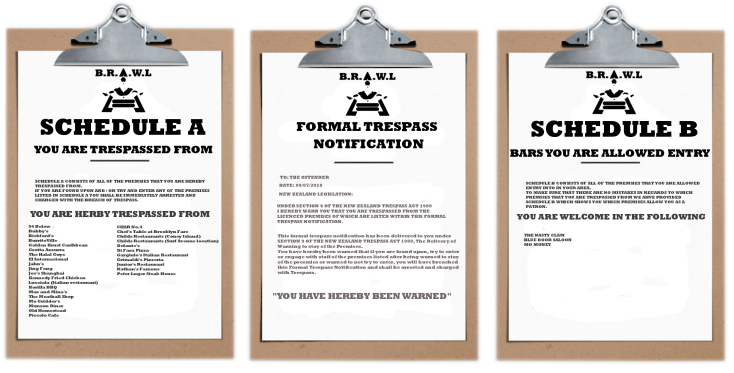 This Trespass was held only towards the Particular bar of which the event took place, no matter how serious the Offence, the Trespass was only for 1 Bar. This meant that the Offender can walk into any other bar in Queenstown and be around victims and the Licencee or the Security welcomed them, because they did not know the deliberate anti-social actions of this Offender.

One of the functions of the QVFB Campaign is our Member Bars taking part in stopping the Violence and sexual assaults. The Chief Administrators give the Licencee and their Occupiers the choice.

The Campaign gives the Bars the choice of whether or not they want to Trespass these Offenders, so for the first time in history, this Choice can be given. We say that the choice should have been there from the start, but nobody thought it was that important and if they did, they didn’t act upon it.

The Chief Administrators have.

The Chief Administrators of the QVFB Campaign gives the Licencee the Choice.

Now, whenever an event takes place of a Violent or Sexual by Nature within the Night life scene in Queenstown, the Campaign Members receive an Information packet, this Information packet contains the Information’s upon the Offender and the event.

Along with this Information packet, attached is a AAA Form, this form is an ‘Acknowledge And Agreement’ form.

If it is ‘Agree’ then the Bar that is represented in the campaign is placed into a Formal Legal Trespass Notification along with the other Campaign Members that have also Agreed to Trespass the Offender from their Bars and Nightclubs.

This Trespass Notification is then delivered to the Offender.

Simple. A Simple process that immediately adds an extra layer of protection to the patrons.

Finally, the Community is saying that if you are someone that cannot act responsibly with alcohol, someone who thinks it’s okay to hurt females, someone who knows they are a sexual predator, or someone who enjoys hurting people for fun, then you aren’t welcome to be around the good people of the community.

No more. Times up.